How Sheila Sees IT

This work is licensed under a Creative Commons Attribution 3.0 Unported License. CC_BY sheilmcn. 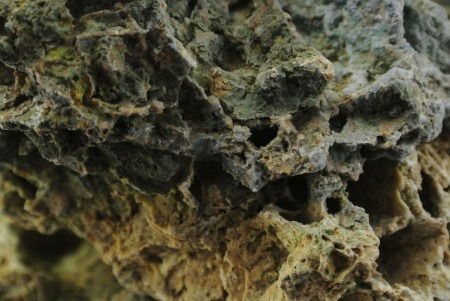 I’m hoping that this post can help me make sense of a number of things that I have been thinking about this week and actually for most of this year.  I’m not quite sure where to start, so I will just start at the beginning of this week and with the word “porosity”. What a lovely word, it’s even better when you say it out loud.

My blog, my twitter feed create a large part of my personal porosity. The porousness of my professional and private life  are really important to me. It’s how I connect, make sense, network.

I had a meeting with a few like minded colleagues about The Porous University event  taking place at UHI later this year.

The idea for this symposium arose out of a series of conversations and reflections on the nature of openness within Higher Education. It started with the observation that openness is increasingly seen as a technical question, whose solution lies in employing the low transaction costs associated with digital technologies with open licences to open up academic content to new groups of learners. . . . However, other questions also arise, what does it mean beyond releasing content? What is the role of open academics in dealing with problems “in the world”, how should staff and students become learners within community contexts, developing and negotiating curriculum based on those contexts? What would it mean for openness as a way to allow new voices into the academy, to acknowledge knowing and ways of knowing outside the academy, and where can and should our open spaces – both digital and physical – intersect?  If we are to advocate allowing learners experience and organisations to inform the academy how open should academics be to the influence of private capital?

As a self proclaimed open educator this event is “right up my street” and it chimes with my personal research interest around the nature of a digital university. However that’s not what this post is about.

I’ve been blogging for quite a while now, 10 years in fact.  Over the past decade my blogging has evolved from something I was told I had to do, to something that is now a habit. I often describe my blog as my professional memory. My blogging mantra has been If something significant (or even insignificant) happens – blog about it. Blogging has had a huge influence on my professional development, my professional reputation and has given me a voice (one that took a while to develop and is still evolving) and a platform.  It’s always been something that has given me pleasure, and a reason to write.  My blog is primarily for me, it’s not academically rigorous, and often a lot of rambling nonsense.

I try to post once a week, sometimes that doesn’t happen due to work/family commitments. However this year I have noticed that I am finding it harder to write blog posts.  Partly this is due to the fact that quite a bit of the work I am involved in just now isn’t really that exciting or at a stage where I have something that I actually want to talk about and share, and an underlying sense that actually certain parts of my institution don’t really want to share anything with anyone.  But more the bigger issue is that I am feeling more and more overwhelmed by what is going on in the world.  Brexit, Trump fake news – all things I feel I need to rally against  – but  what to say about it apart from WTF?

I am in an incredibly privileged position of having a voice, a platform a role (all be it a very small one) in helping to ensure that education is kept open, is always a place for debate for the extension and sharing of knowledge. So I do share all the amazingly articulate posts that many people in my network produce. I do share news items that question “fake news”, call out hypocrisy and my channel of choice for that is most often Twitter.

My engagement on twitter has always been mainly in a professional context. I have never felt the need to put the “my tweets are my own” disclaimer on my profile, as I have never felt the need or had the requirement.  I don’t work (yet) in a profession where there are statuary, professional body requirements around confidentiality and use of social media. Again, lucky me – long may that continue.

As anyone who follows me on twitter will know, the social part of social media isn’t lost on me. I’m probably better known for shoes and a penchant for a Twix every now and again as for anything meaningful that I may write in this blog.  Anyone who follows me will also probably know my stance on Brexit, Scottish independence, the orange one in the Whitehouse.

One of the things I have always loved about twitter is the feeling of serendipity it provides. I’m just thinking about something and someone tweets a link to a great resource about that very thing; I’m having a busy day writing deadly dull internal reports and up pops some people dancing their PhD . . .

This morning I spotted this post from David Hopkins. I think David really touches on something here about the evolution of twitter and how it is being used. I am conflicted because I agree with much of what David is saying – particularly around adverts and the need for more user control.

I am also aware that a my use of twitter is changing. Partly that is around needing to say something and not be silent – even it that something is just a retweet about the madness of the wider world, a link to encourage others to sign a petition. Partly,  it is again a feeling of being overwhelmed. Although I exist in a pretty “nice” middle class, liberal filter bubble, it is actually at times easier to dis-engage and get on with things.

Getting back to porosity,  I worry that it is getting harder for me to find a way to articulate the world around me, that the leaky moments are becoming fewer and further between.  I suspect I’m not alone.  I’m not giving up and I’m not stopping doing anything but I am re-considering my own relationship with open-ness, and something that I will be talking about in a panel session at OER17 next month. Which will give me something for me write about over the next couple of weeks.